Labdoo Switzerland: There is More than Just Cheese, Chocolate and Mountains!

Hi, I am Frank — born and raised in Germany but now a proud citizen of Switzerland. Here is the story of how I created a Labdoo movement in Switzerland.

Ralf Hamm, one of my former colleagues in the German technology industry, passed the Labdoo “vitamin” onto me in January 2012. After being in the technology field for more than three and a half decades and in addition to my everyday work in the software industry, I wanted to do something more meaningful that would also have a positive impact on our planet. What could be better than combining a passion for technology with an amazing humanitarian network plan to change the world for good?

So in February 2012, I visited one of the first laptop sanitation workshops which Ralf had organized in Germany and almost immediately afterwards, my vision was clear: let's open the first Labdoo hub in Switzerland! 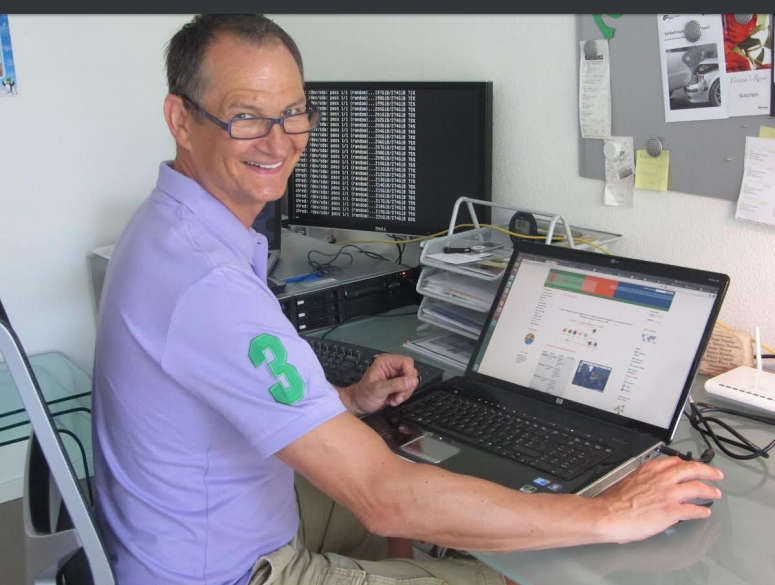 We opened our hub officially on February 28th and announced our ideas and intentions in various local newspapers. I myself, donated the first Swiss laptop (with Labdoo global identifier 000000472), an HP Pavilion dv3 which is still in use. Using Labdoo's terminology, this laptop was assigned an "S0" status. It is almost unbelievable how long good-quality laptops will last.

At first, the donations came in quite slowly with just a few close friends contributing single laptops. By the time a small laptop donation arrived from a company at the end of March, I realized that we would need to expand our reach and orbit. So I started signing up to various social networks: Facebook, Xing (a German platform), Google+, followed by LinkedIn, Twitter, and finally, Flickr and Tumblr for the beautiful images. However, trial runs with Ello and some other new networks did not live up to their promises. 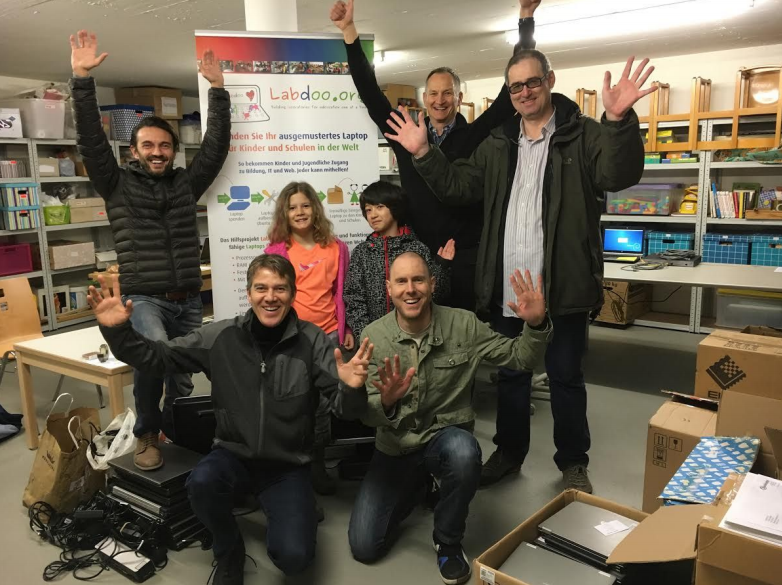 Alongside these activities, I started creating our first "EdooVillage" — at Labdoo, that is how we label the schools which receive our educational laptops — and soon, the first "Dootrippers" i.e. travellers around the world who volunteer their luggage space to carry the laptops, came knocking on our door. It was apparent from the beginning that to ensure the smooth growth of our hub operations, one would not work without the other. We did struggle a little in the first year from either not having enough laptop donations to satisfy the high demand from schools or at times, from having more donations than Dootrippers who could transport the laptops for us. In a funny way, it felt for me like skiing in the Swiss mountains with the ups and downs and some bumpy slopes so there was nothing we could not handle!

Then, the Labdoo platform added a new feature called "Hub Branches" which enabled interested persons and supporters to contribute to the cause by accepting laptops on our behalf and taking the time to bring them to my home. Such locations are called "Dropping Points". By the end of 2012, we had received a total of fifty-seven laptops and had carried out our first large Dootrip: a 2383 cubic foot container full of school equipment such as chairs, tables, blackboards and bicycles plus our laptops loaded with educational software, all destined for a school in Cameroon.

In looking to expand the reach of our hub, I focused initially on opening branches in the larger Swiss cities such as Zurich, Basel, Bern, St. Gallen, or Oberwallis. Today, we have eighteen Dropping Points across Switzerland while in the next two months, we will open another two and there are certainly more to come.

Switzerland has three main linguistic regions. Besides the German-speaking part where we currently operate, there are also the French [in Geneva and Lausanne] and Italian zones [around the area of Lugano] both of which remain uninitiated by the Labdoo humanitarian network. With around 35% of the total business power in Switzerland, these two regions offer plenty of scope for additional growth.

Our operations continued to grow steadily. An instrumental factor in this success are our consistent, outreaching activities: we post Facebook news on a regular basis (if possible, twice a week or more) and talk with many potential donors — whether over the phone or whilst taking a coffee break, every occasion is a good opportunity to help spread the word. These days, most of my time is dedicated to exchanging e-mails, chatting with donors, coordinating with EdooVillages and Dootrippers and on top of all of that, like cheese on a Swiss fondue, the social media activities. Altogether, I am spending at least an hour a day on Labdoo, sometimes more — especially more when we get excited about a growing number of donations and/or our team's goodwill collaborations!

Nowadays, I still sanitize some laptops myself although not as many as I did in the beginning because I am now primarily focused on the grassroots outreaching activities but also because I was able to recruit a core team of top-notch Linux / Ubuntu folks.

A couple more small tips for success? If somebody wants to donate a laptop, I always ask where he/she heard about Labdoo — that gives us a clue about which outreaching activities are working the best. I also try to connect with everybody on Facebook, Twitter, LinkedIn, etc. This takes some effort but it pays off — more and more people follow us and spread the Labdoo story — viral marketing in the works and for a good cause! 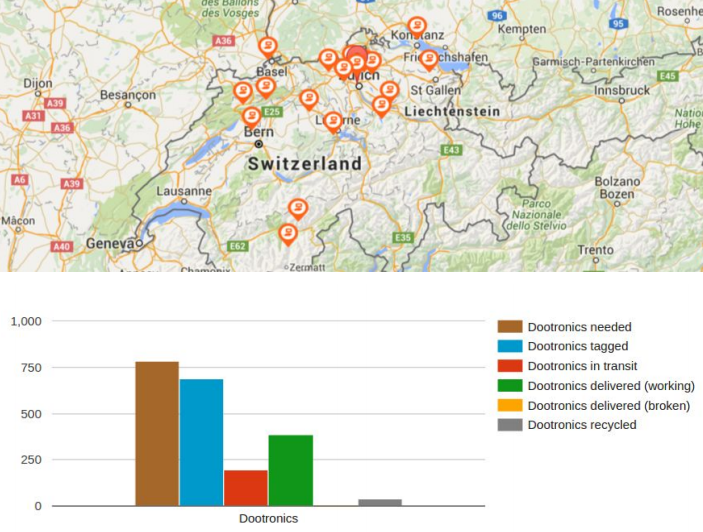 A number of new companies started donating laptops thereby steadily increasing the annual volume of contributions: in 2013, we hit the mark of over 100 laptop donations and in 2015, we achieved 250 laptop donations of 10, 20, 50 and even 100 laptops at a time — reason enough to form an official NPO in Switzerland. We established "Verein Labdoo.org" in the summer of 2015 and it was just in time because one record donation was beaten by the next! 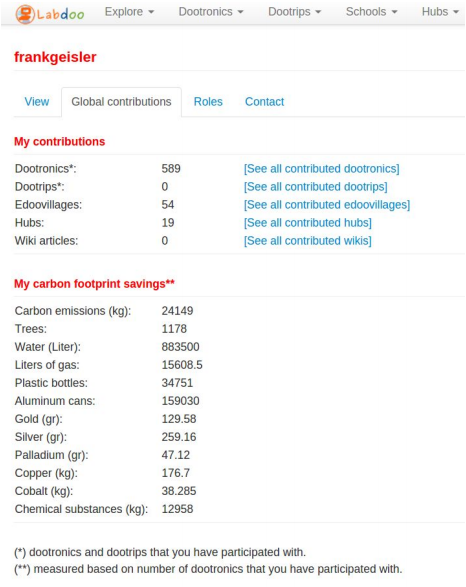 With the new administrative "Labdoo headquarters" in place and the rise in individual and corporation donations, I determined that the large volume of laptops we were now receiving needed a more scalable and faster sanitation process otherwise we ran the risk of donors becoming unhappy with the time it took for their laptops to reach a needy school. To face this challenge, our hub developed a new sanitation process using PXE (Preboot Execution Environment) — rather than manually sanitizing each laptop via the standard CD installation process or the faster cloning of existing laptops, we discovered that the cloning process could be dramatically accelerated if we did it via a server and network.

We launched a competition between different Swiss groups and after a couple of months of testing and experimenting, one group developed the perfect PXE solution for us. Here is where the Swiss chocolate came into play because the whole team needed plenty of energy to make this happen! Not only that but thanks to this great effort, other Labdoo hubs from around the world can now also benefit from our PXE automated process. We accomplished this by making our software scripts available to the rest of the community via the Labdoo wiki pages. 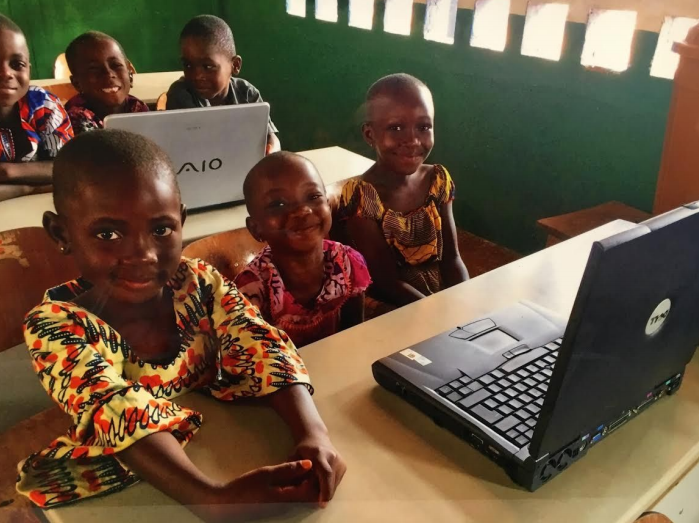 Victims of our own success, laptop donations started to come in at an even greater pace and in early 2016, we ran out of physical storage space — in a sense, not a bad problem to have. Through our community, I was lucky enough to procure a room in a newly-built kindergarten, completely for free due to the humanitarian nature of our work! We moved in exactly four years after the foundation of our hub in 2012, shifting 1.7 tons of material from the previous storage room to the new Labdoo Hub Zurich premises.

During the move, we had a pleasant surprise — we found a DELL laptop that was designed by an artist from Togo and coincidentally, we were supporting an EdooVillage in Togo. The media quickly picked up the story and as a result, we became friends with the Managing Directors of Swiss DELL and Lenovo. It is all about networking: this laptop is now on it's way back to Togo for a school project there.

Now we were onto something big, combining all of our team efforts and setting up a sanitation workshop with plenty of "raw material" (hundreds of laptops), a few PXE servers, switches and several metres of cables. At the same time, we improved optimization by breaking the sanitation process up with a couple of smaller steps thus enabling multitasking and this is in turn, helped us to achieve a new Labdoo world record by shortening the average laptop sanitation time to six minutes!

Hang on! That is not the end. There are so many ideas around and we have so many clever people who support us. Let's get even bigger, maybe as big as the Matterhorn mountain in the Alps!