If you have any questions about this page or if you find any errors, please write a message to the support wall and a Labdoo volunteer will help resolve it. Thank you for helping to improve our wiki pages.

BIOS (Basic Input Output Subsystem) is a programmable chip that controls how information is passed to various devices in the computer system. A typical method to access the BIOS settings screen is to press ESC, F1, F2, F8 or F10 right after you start your computer.

BIOS settings allow you to run a boot sequence from a hard drive, a CD-ROM drive, the network, or an external device. You may configure the order that your computer searches these physical devices for the boot sequence.

The first device in the order list has the first boot priority. To install the Labdoo software you will need to ensure the CD-ROM, the USB or the network (depending on which method you use to install the software) are given the highest booting priority.

Note: in the case of a USB installation, before you set boot priority for the USB device, plug the device into a USB port to ensure the BIOS will be able to detect it.

To specify the boot sequence:

Troubleshooting potential issues with the bios.

In some rare cases the BIOS could be reset during the process of deleting the hard drive information from the system, or some times older laptops do not support internal and/or external USB keyboards during the booting process. It might happen that you are not able to use the arrow keys (up, down, right, left) to configure the BIOS. In such cases the USB control (and sometimes the internal keyboard) was deactivated. A possible solution is to connect an external PS/2 or USB keyboard, and continue to install or adjust the BIOS. 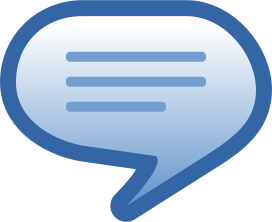